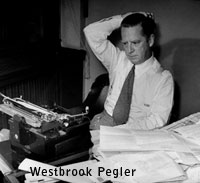 A yellow-haired kid with a mashed nose and scalloped lips dipped his fingers in the holy water fount of St. Jerome’s Church, crossed himself with the fist that killed Frankie Jerome and went to his knees on the cold marble to pray when all that was left of the little fellow was wheeled up the aisle to the alter yesterday for the funeral mass that preceded the journey to the grave.

Bud Taylor of Terra Haute, Ind., had been very happy for a moment last Friday night when he realized that he had been the first one to knock out the “Bronx Spider.” As he bent his tousled head in a shadowy corner of the big church he wished to God he hadn’t been to one to do it.

The church was full of people, most of them prizefighters, managers, bottle-holders and ring-siders, and a lot of them had not been to church in so long a time that all they recollected of the procedure was that a fellow is supposed to take off his hat and kneel down.

John Doherty and Mrs. Doherty, the father and mother of Frankie, were in a front pew with the little widow and her baby girl. Outside the church, the police reserves were handling a crowd of Frankie’s friends.

On the night that Frankie dropped Jack Kid Wolfe seven times in one round at the Velodrome, equaling a record that Jack Dempsey achieved at the expense of Jess Willard, these friends had raised a roar that drowned the rattle of the L and the croupy whooping of the tug whistles in the Harlem River nearby. Now they were as silent as they had been noisy and the stillness was a tribute to the “Spider,” just as the racket had been on the
long-ago summer night.

Nine big open automobiles wheeled into file, burgeoning with flowers as the bearers came down the step with Frankie on their shoulders. It took a long time to get the procession under way because there were sixty-five carriages in the line. It seemed that all the Bronx was going to the end of the journey with the “Spider,” the boy who fought in the Great War before he was 21 and fought till his body was worn out in the ring.

Father Ryan got out of his vestments and into his clerical black in time to get aboard the last hack in the procession and lurch over the humpy roads of the Bronx to the cemetery, where he dribbled a handful of loam over the brink of the unfathomable abyss. He thumped on the box that contained the spindling kid.

Father Ryan didn’t blame himself at all. He was the one who had first taught Frankie Doherty to turn his thumbs out and his knuckles up and to hit straight with all the drive of his body and character behind every blow. Frankie had been “one of the kids who fooled around the basement of St. Jerome’s” about eight years ago, and Father Ryan had tied the first laces about the bony wrists of the bellicose acolyte for a slam-bang bout in the cellar of the church where the alter boys still maul one another for the joy of fighting.

Being a bit of a handy man in a fight himself, Father Ryan taught Frankie how to roll with a punch, how to upset a right swing with a left stab to his shoulder, and how to swing in with a right cross to the nubbin of the chin while his man was off keel. He taught Frankie the rudiments of the business of Billy Gibson when he took hold of the boy as a professional, had Benny Leonard to teach him the rest.

“The boy is dead,” Father Ryan said when the carriages had rumbled back over the bridge. “He led a good life. He married a good wife and he was as good as his marriage vows. I wish all men were as good as Frankie Jerome was. They’d be no need of preachers, then. Green be his memory. A square shooter was Frankie Doherty.”