Posted on September 14, 2011 by Deadline Artists 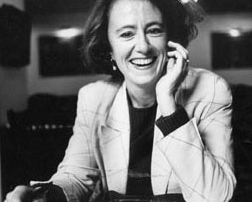 I was the one who insisted on the body glitter. Normally, you understand, I am a mother who pulls her daughter’s shirt down and tucks it into her waistband every morning to keep her from showing her navel to the whole third grade. I make her scrub the supposedly water-soluble unicorn tattoos off her cheeks before she goes to school. I court her wrath by refusing to buy the kids’ fashions that seem designed to clothe tiny hookers.

But after all, this was Halloween, the holiday that celebrates license. (A fifth KitKat bar after 9 p.m.? Why not?) Alice was determined to be a rock star, and I was happy to help her. Simple enough.

Yet my joy in conspiring with her felt so big. Usually I’m not much of a Halloween enthusiast, not since I was 13 or so. For a while, having children of my own brought me a new version of the old childhood thrill. One year Will came home from preschool and told me he’d learned about a new Halloween creature, one that lurches through the night swathed in flapping bandages.

“The MOMMIES!” he announced, with much more excitement than dismay.

But my delight lasted for only a few years before I returned to thinking of Halloween as just a silly, gaudy night that strains at symbolism — the floozy among the family of big holidays. I thought, for a while, that I had simply buckled under the demands of Costume Hell. (“I want to be a computer, but also my feet will be, like, a robot, and you can make me a head with glowing red eyes and a voice like Darth Vader.”) But that explanation has become less and less convincing: At 11 and almost-9, after all, the kids have more and more fun making their own costumes, with minimal help. Really, I think that I’m just not one of those people who easily climbs into fantasy and achieves flight.

Recently, after my dear cousin Sally spent a night guarding my sleep in the hospital, we talked about the one part of the experience I remembered as clearly as she. When I’d finally taken aboard enough pain medicine to dull the effects of the procedure I’d just been through, I’d said clearly, out of my cloud of Dilaudid, “I love all these random thoughts. All my life I’ve worked so hard to get words and sentences into line. They had to have a point. I love floating along on all these random thoughts.”

It made me hugely sad to see that my escapes from the taskmistress of literalism are still so rare and hard-won. And in the days before this Halloween, it was especially hard for me to avoid interpreting its elements too bluntly. If you have cancer, if you’ve had it for a while, at some point you start really seeing all those skulls and skeletons and Styrofoam headstones, all those children in hooded capes, bearing scythes on their little shoulders.
So how could I explain the euphoria of the 45 minutes Alice and I spent in her bedroom, colluding over her hair, giggling at her faux-leather, deeply fringed bell- bottoms? The pleasure of watching her strap on those awful silver platform shoes, like something I wore in 1973?

Because Alice was getting picked up to join friends for trick-or-treating, I kept my eye on the clock, and shooed her into the bathroom just in time to add make-up: grown- up lipstick, a layer of shimmery lip gloss over that, and an overall, emphatic scribble, on her neck and face, with the body-glitter crayon. Every other day of the year, any mother knows that glitter is the work of Satan, but last Sunday it lit her skin with a dew of every color.
We could hear her friends pull up to the curb. As her momentum carried her to the top of the stairs, Alice looked back and tossed me a radiant smile. She had become my glimmering girl: She looked like a rock star. She looked like a teenager. She looked absolutely stunning. She thundered down the stairs in those shoes, and as the front door slammed behind her, it came to me — what fantasy I had finally, easily entered this Halloween.

I’d just seen Alice leave for her prom, or her first real date. I’d cheated time, flipping the calendar five or six years into the future. The character I’d played was the 52- year-old mother I will probably never be.